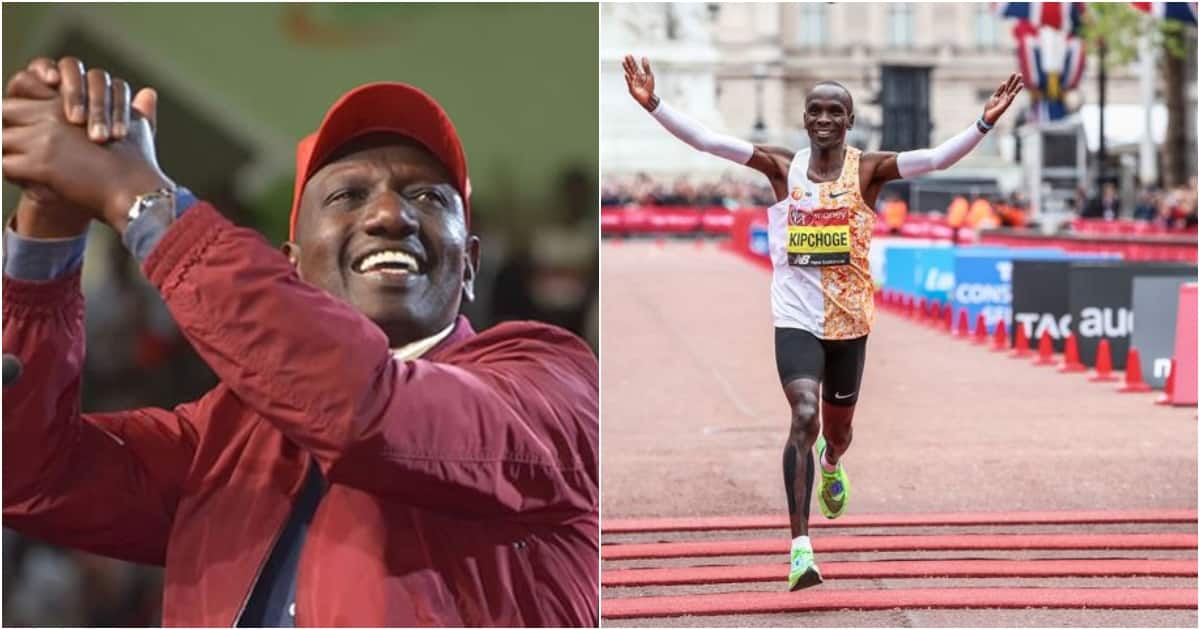 – The race is sponsored by British billionaire James Ratcliff

Deputy President William Ruto is set to attend the much-hyped INEOS 1:59 challenge to be held in Vienna Australia where Kenyan marathoner Eliud Kipchoge will be seeking to break his own world record.

Kipchoge who has received massive support from Kenyans and fans from across the globe will be in action on Saturday, October 12, in a race that has been funded by British billionaire James Ratcliff.

Speaking in Malinya during the requiem mass of ex- Kakamega senator Boni Khalwale’s wife, Adelaide, Ruto disclosed he will not be attending the burial ceremony on Saturday because he will be heading to Australia to cheer Kipchoge break the world record.

” I would have wished to be here with you during the burial service on Saturday. However, as you know Kenya is a sports nation and because of that President Uhuru Kenyatta and I agreed that I represent the government in supporting our athelete and ensure our flag is flown high,” he said

The second in command is reported to have left the country on the night of Thursday, October 10, in the company of other senior government officials.

Earlier, the DP’s wife, Rachel Ruto, had also hinted at attending the historic competition to pray and support Kipchoge in one-man competition.

Rachel who witnessed the marathoner break the world record in 2017 in Italy exuded confidence the 34-year-old man will beat the odds to set a new record in Australia.

Kipchoge is set to run 42 kilometres in less than two hours (1:59 hours) under the theme No Human is limited.

The marathon will be held on a multi-lap, 9.6 kilometre-course centred on Hauptallee, the iconic long, straight and tree-lined avenue which runs through the heart of The Prater, in Vienna, Austria.

Chief from Heaven | He spends his salary on needy children | Tuko TV.

NDERITU: Mother tongue dies, and so does your essential identity