The DP who has not been enthusiastic about proposals to amend the constitution warned the ongoing push for a new referendum will backfire just like that of Thirdway Alliance party which was also seeking to change the constitution through a related bill dubbed Punguza Mizigo. 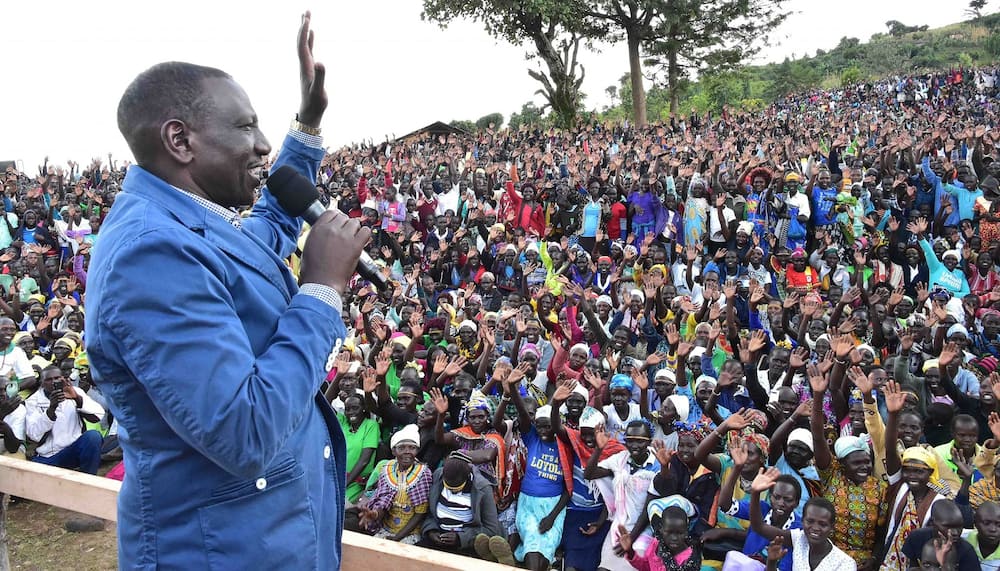 Addressing the residents of Sabatia constituency in Vihiga county on Sunday, September 29, Ruto advised politicians planning to amend the constitution without consulting Kenyans to learn something from Ekuru Aukot’s bill which was rejected in several counties.

Ruto claimed the proposed constitutional change was being advanced by political leaders who lost in elections and are now trying to create new positions in government so they can be accommodate.

“It cannot be that after every election we want to change the constitution to favour those who did not win. We cannot be just talking about leaders alone year in year out. We need to focus on how to upgrade the lives of akina Wanjiku and Nafula (ordinary Kenyans),” he said in veiled attack on Raila.

Revealed: How Kenyans Cheated their Way into the US, Europe as Refugees

Pierre-Emerick Aubameyang: Forward’s winner for Arsenal in Aston Villa comeback should have been disallowed...

4 steps to make a side hustle work for you