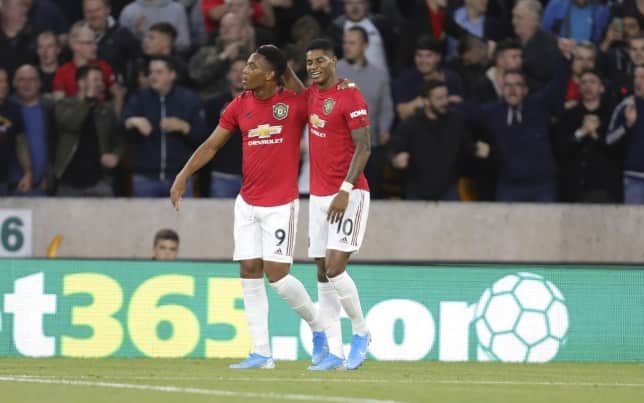 – They currently sit eighth on the standings with five points

Solskjaer is said to be unhappy with the forwards over their inability to score goals four matches into the new season.

The Norwegian tactician appears to be keen to build the team around the two who have been tasked with the responsibility of hunting for goals.

The pair has started all the four matches of the new campaign but failed to bring the spark Solskjaer has been hoping for upfront.

Stats show United, who have created the third highest number of best chances in Premier League have not been clinical in front of goal.

With teams inviting the Red Devils to break them down, Solskjaer feels he needs more from his attacking pair.

“We had loads of chances, created loads of openings but the last bit is just missing,” Solskjaer was quoted saying after United’s frustrating 1-1 draw against Southampton.

The Manchester outfit has scored a paltry seven goals in four matches, with Martial and Rashford scoring four of those.

The club’s woeful start to the new season has seen them drop to eighth on the log with five points, seven behind leaders Liverpool.

Four of us are going to Egypt; so who will score?